How to tell the truth

Examining perception, illusion, and un-reality in the work of Lucas Hnath, Tina Satter, and the Safdie Brothers.
March 11, 2020 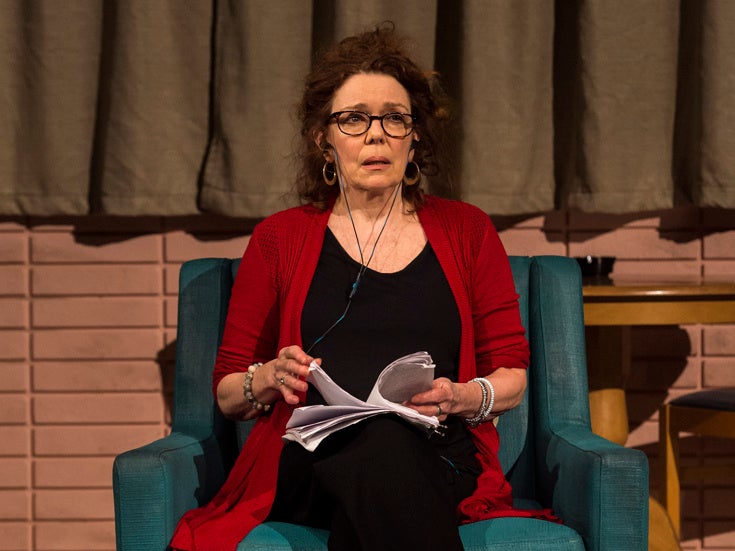 Recently I caught Lucas Hnath’s new work, Dana H, which I thought was one of the most stunning things I’ve seen in a long time.

As a piece of theatre, Dana H is shocking and sort of unreal: Hnath has cut together real-life interviews (conducted by Steve Cosson of The Civilians) with his mother, retelling her harrowing story of being abducted by a member of the Aryan Brotherhood, into a 75-minute sort of “narrative”. This audio is then played for us while Deidre O’Connell (pictured above) puts in a pair of headphones and lip-syncs the entire thing, beat for beat. That’s pretty much the entire show. But its effect is devastating, a feeling not like anything I’ve quite felt before in the theatre.

Dana H plays in interesting conversation with the Vineyard’s first show of their season, Is This a Room. That show was also a piece of excellent documentary theatre based on a transcript, an FBI interrogation with Reality Winner, which Tina Satter assembled into a weird, otherworldly piece of hyper-naturalistic theatre. The actors spoke the transcript word for word—every awkward pause and cough and hm and throat clearing, every weird background noise and seeming non sequitur. What both Dana H and Is This a Room accomplish is to subvert our expectation of theatre as a medium of illusion. 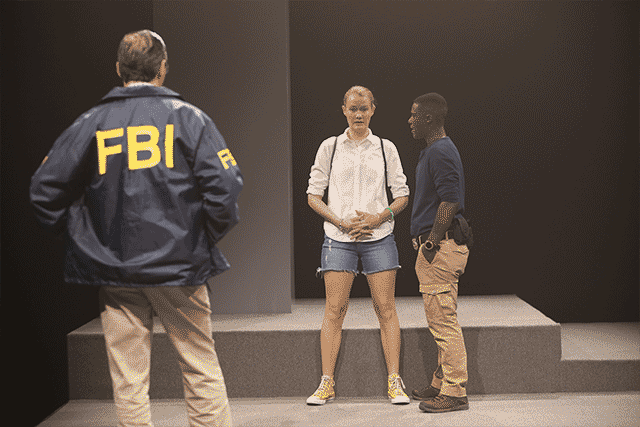 Is this a room?

When we go see a piece of theatre that is going to tell us a story, there is always a layer of disbelief and illusion—which is what makes theatre theatre. In great theatre the leap we have to make is very easy, but it’s still there: sets aren’t real, props are merely representations of things. We get swept up in the illusion of the whole thing. But in the case of Hnath and Satter’s new work, they take you out of that safe space, and into another realm entirely.

Dana H subverts our expectations of what theatre should be so hard that it is tough to even define what exactly it is doing so incredibly well. But the play knocks against our very perception of how we perceive truth, facts, art and reality—how we pick up the pieces and assemble narratives. Performatively breaking the fourth wall is one thing, but hearing a real-life story—from its real-life source—is something else entirely. (In a way, Ma-Yi’s Suicide Forest, now returning for a run at ART/NY, shares a similar theme: its also about a real-life mother, and the playwright and her real mother perform in the show together.) It would be dark and harrowing—but formally simplistic—to just listen to an audio recording of Hnath’s mother. But by putting an actor onstage and giving her the Herculean task to perform an entire monologue without speaking—for some, the major interpretative instrument that an actor has—we witness something else entirely: a true blending of art and reality that shakes us deeper than either could be just by themselves.

This documentary aspect of art has become an increasingly popular trend that can be deeply mined. It makes sense: in an age where social media acts as a sort of performance and mini-art-sharing, blending the lines between performance and reality, it tracks that “art” and “performance” are bringing in more of reality. We can even see this with a recent movie like the Safdie Brothers’ Uncut Gems, which remixes a real-life NBA game with a fictional story of a gambling jeweler, starring actors (Adam Sandler) and real people playing versions of themselves (Kevin Garnett). The effect with that movie, I found, was similarly dizzying. Somehow by inserting reality into a story it makes the stakes feel that much higher, and raises our anxiety levels through the roof. Movies are also a medium fundamentally based on illusion; by deconstructing and subverting that illusion in small or large ways, we can lose our footing beneath us. 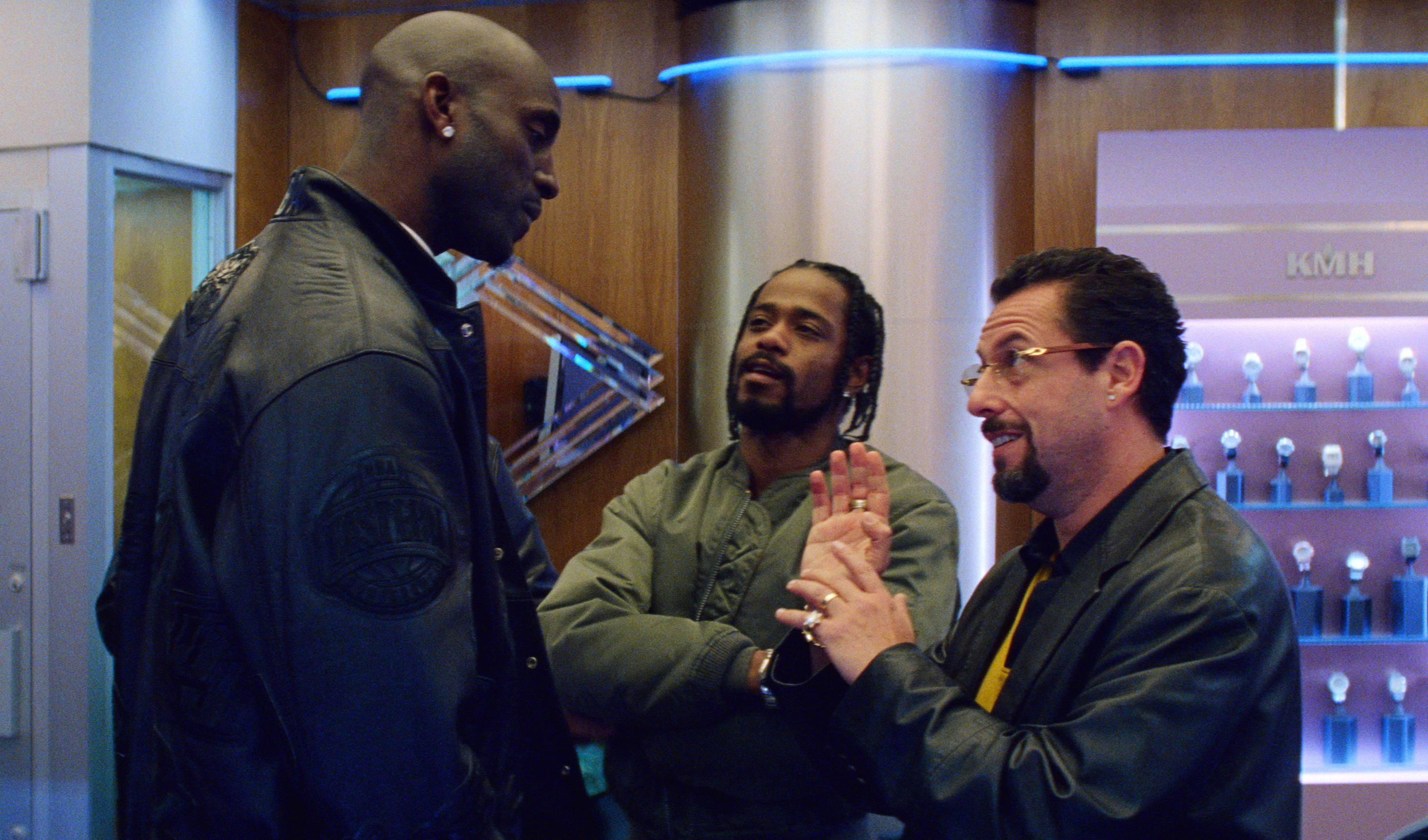 I’m increasingly fascinated by how art and reality, lies and truth, perception and facts can all intertwine and intermingle. In a time of fake news, unreliable sources of truth, and issues of believing survivors, it seems like these kinds of work can hold a grip on us in a new, entirely unexpected way.

Recently I’ve been finally attempting to read Karl Ove Knausgaard’s My Struggle series, which is a massive six volume set that is basically one incredibly detailed, somewhat mundane, yet strikingly vulnerable (to the point of embarrassment) and addicting memoir. In the first volume, Knausgaard spends at least 60 pages recounting a single night of trying to get beer for a New Year’s Eve party. It’s exhaustingly thorough and detailed, flipping a microscope onto himself in a way that’s somehow both cringe-inducing and fascinating.

Knausgaard’s books have become a literary sensation, especially in his native Norway. His success , I think, speaks to a broader trend of blurring the lines between reality and art. As I’ve written about before, this is a time when we have art that is increasingly intermingling with reality and social media, to form some sort of weird triangle. Everything bleeds into another thing, and the three inform one another: 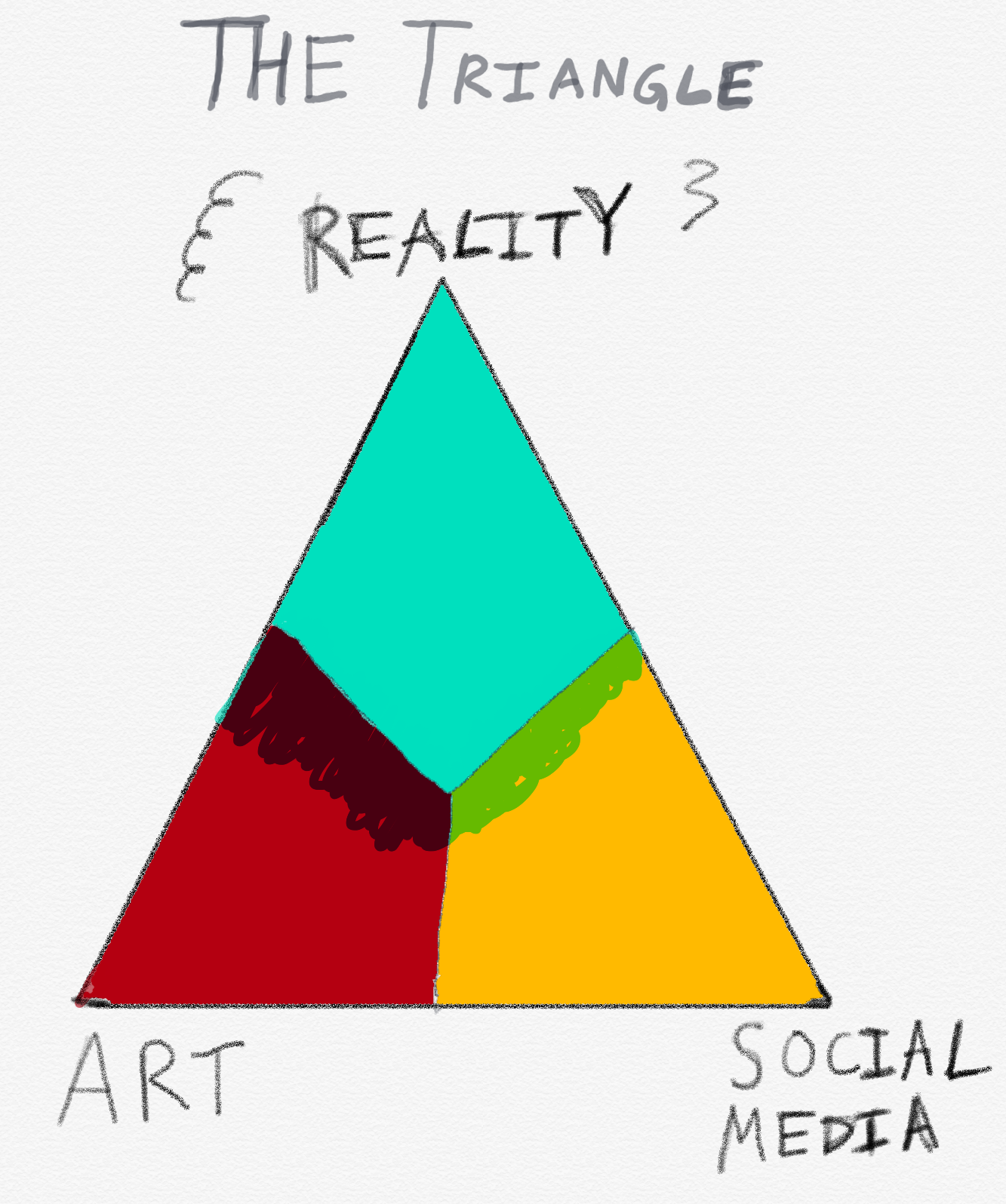 “The duty of literature is to fight fiction. It’s to find a way into the world as it is,” Knausgaard says.

Presenting life-as-is in all its mundane but tremendous tragedy is not necessarily anything new. Chekhov was doing this at the turn of the 20th century. In the preface to his version of Uncle Vanya, adapter/director Robert Icke quotes Chekhov (in what I believe is his own translation):

Life must be exactly as it is, and people as they are. Not on stilts. Let everything on the stage be just as complicated – and at the same time just as simple – as it is in life. People eat their dinner, just eat their dinner, and all the while their happiness is being established – or their lives are being broken up.

Something about the magnifying glass of the stage, of art, can make the regular everydayness of life heartbreaking.

But Chekhov was more subtle about how he revealed himself. Today, we can longer separate the art from the artist. It’s telling that one of the most persistent recent tropes in theatre I’ve seen is the playwright-as-character. We have to remind ourselves that the artist is often inseparable from what we’re seeing before us.

This merging of “activism and aesthetics” as Richard Brody put it in his decade in review piece, is about combining the personal and political and turning them into vulnerability. In a way, this is the culmination of part of the mission of Jean-Luc Godard and the filmmakers of the French New Wave, who saw films as being united with the lives of their creators, as well as the social and political climate at large.

In an age of hyperlink consciousness where our lives have become less and less private, the individual artist who finds new ways to explore being vulnerable will continue to be the most fascinating.