It seems that our culture, in all different forms and paths, is obsessed with nostalgia.

Hipsters seek out vintage clothing and vinyl records; Trump speaks not only of Making America Great Again but of the glory days of things like football; Quentin Tarantino made a movie that glorifies powerful (and abusive) mid-century white men in Hollywood; we constantly romanticize the aesthetics of earlier decades, each with a type of happiness: the 70s, 80s, 90s, and now, even the 00s; the just-launched Disney+ seems to have an entire vertical integration strategy of monopolizing nostalgia. It comes from all directions: the left, the right, from above, and from below.

But cultural nostalgia, especially when it comes to art, is toxic. Romanticizing the past is a way of repeating the past—a past filled with racism, injustice, inequality, and genocide. When we allow nostalgia without any form of interrogation, we are dooming ourselves to a society and culture that repeats its same mistakes, over and over, in a cycle of mimetic violence.

I see this type of nostalgia all the time when I go to the theatre. It is sometimes hard to spot, a sly devil that sneaks up unsuspected, but it haunts a lot of contemporary work. Huge hit plays like The Lehman Trilogy offer a view of the past that implicitly nostalgizes the emancipatory myth of capitalism and ignores slavery; Hamilton, for all its strengths, does something relatively similar. These pieces (and they aren’t alone) aren’t explicitly nostalgic, but they both offer a reductive view of history and the fabled idea of American optimism as being something we can collectively unite over, as well as a disavowal of the icky parts of our past.

This is how disavowal manages cognitive dissonance: it means conceding the existence of slavery, while refusing to believe that it has anything to do with the story you are telling; it means willfully pushing slavery to the edges of your consciousness and being saved by the logic of exception
Such stories try to have it both ways: for their heroes to be representative Americans, while erasing the vicious ways in which they truly were representative. The fact that everyone was doing it is not a defense, it merely measures the scale of the crime

These works romanticize instead of interrogating, and in that way they offer bland, status-quo, neoliberal politics—and thus appeal to both rich conservatives and liberals (as did both Lehman and Hamilton).

Meanwhile, this lack of interrogation is present in not just the content of new plays, but also in the aesthetics and presentation of old plays and stories. When you go to a revival of a classic in the US or Britain, you can generally expect to see textual fidelity, a reverence of the past, and a devotion to getting the period costumes and accents just right. In other words: a dead, museum theater piece. Little attention is paid to investigating how the story can be excavated and contextualized for the current time and place; it’s as if directors forget that theatre is always in the present tense—which is its great strength. 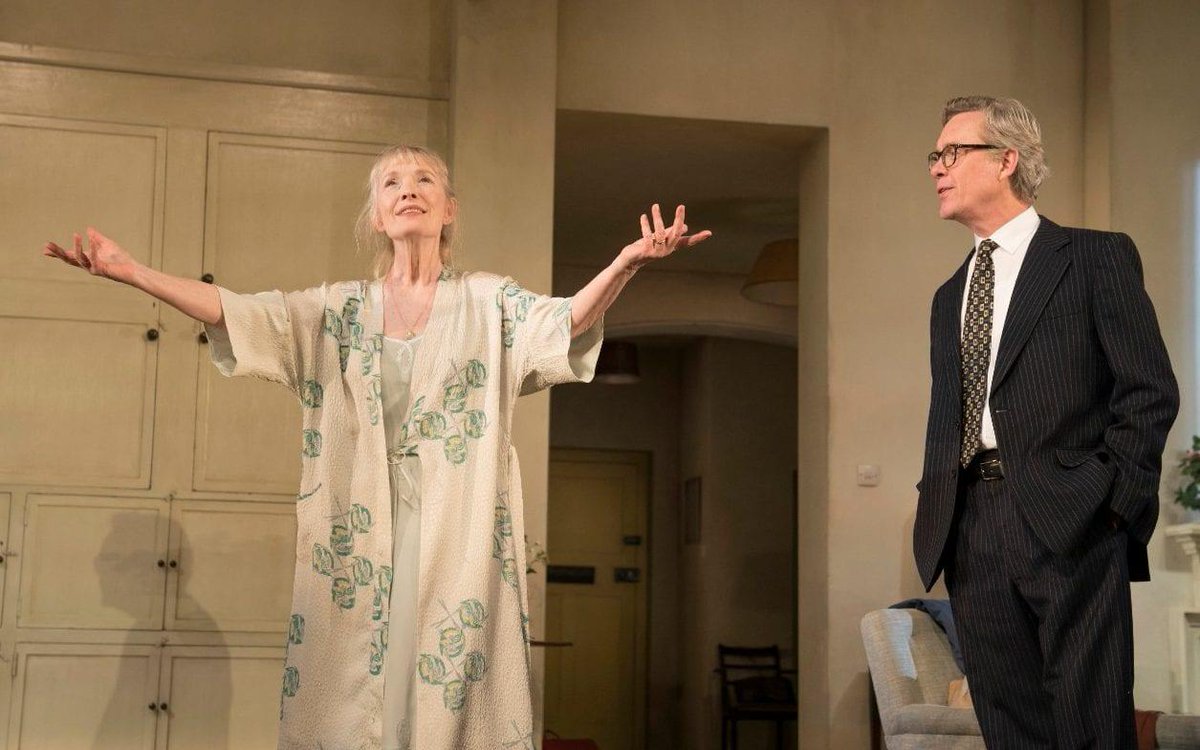 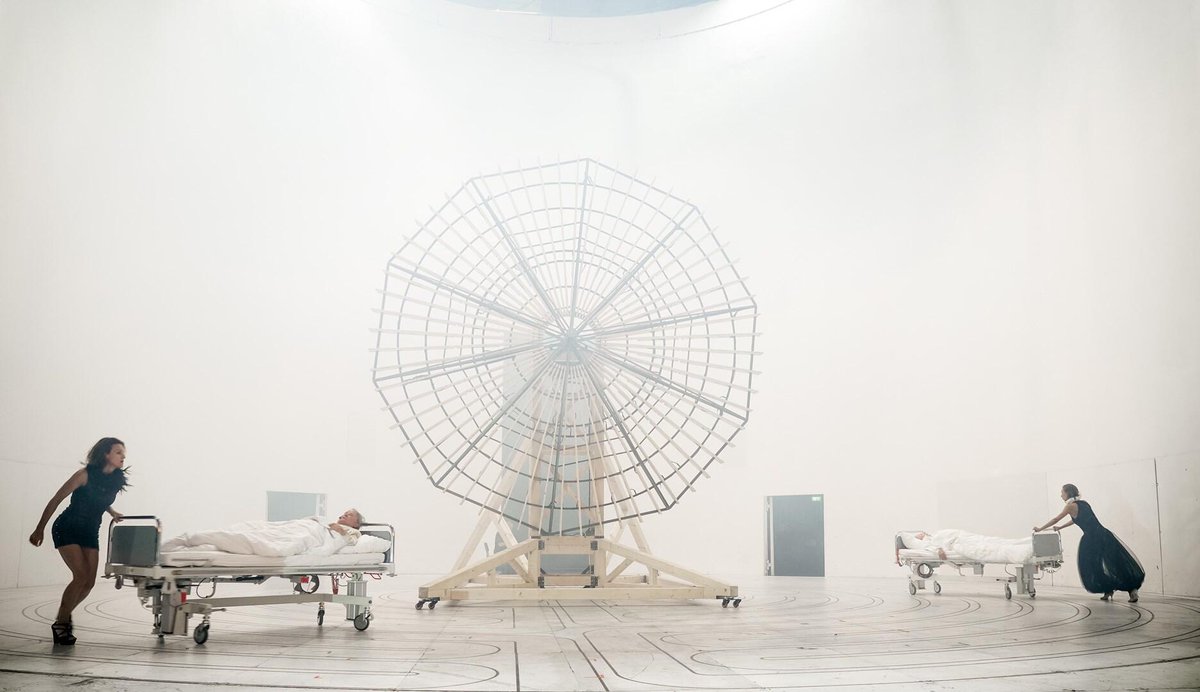 This lack of deeper thinking and introspection—the shallow presentation of classics “as they were meant to be staged”—is, likewise, political. As a form of complacent nostalgia, it’s the same feeling responsible for Brexit, Trump, or the departure of Emma Rice from the Globe.

If you just let a play speak, it may not make a sound. If what you want is for the play to be heard, then you must conjure its sound from it.

In a workshop I attended with director Robert Icke, channeling Peter Brook, Icke coined this idea of the “spirit” versus the “letter”. When making a revival, which are you being faithful to? Many reactionary thinkers believe that being faithful to the letter—as, say, with literally believing the bible—is the “truer” version, and that anything else is “director’s theatre”. But theatre is not just about words, but about the energy in space that those words and actions enable. Often, if you were to recreate old plays to the letter, you would be vandalizing the spirit.

The pretence that there’s a neutral version of a play, that you could do what Sophocles intended, is so obviously ridiculous. It’s exactly the same impulse that has brought us to Brexit. There’s a poisonous nostalgia that says you’re committing an act of vandalism if you don’t do the Sophocles as Sophocles would have wanted it. To do that, I’d have to do it in ancient Greek. You’re not asking for the original, you’re asking for a safe, culturally mandated version that has no deep relationship to the original, just to a performance tradition.

I loved Robert O’Hara’s stunning production of A Raisin in the Sun when I first saw it in Rochester in 2012 (it recently had another iteration at Williamstown), but it’s not faithful to the letter. Instead, it hits on the spirit: it’s intentionally provocative, which stuns us when we’re expecting to see something we’ve seen before.

Of course, there is going too far on the spirit side of things, into the realm of Universalization. There’s an argument to be made that white “avant-garde” directors have had a poor history of flattening out the richness of a play, especially when it comes to race and diversity. I don’t want Ivo Van Hove to direct August Wilson because it’s “universal”. This universalization is another type of politics that is a different form of disavowal: for instance, the terrible history of white writers in the 19th century suggesting that wage slavery was worse than chattel slavery, thus trying to rewrite bondage into a universal condition. White directors may label a play by a person of color as universal in the attempt to justify their insertion, which can lead to a host of microaggressions and bad politics.

The solution, then, is not to universalize, but to always interrogate. In both theatre and movies, boring revivals, simple sequels, and nostalgia-filled reboots are not the answer. Instead, we must forge new paths forward, update old stories spiritually, and never turn away from the work of deep introspection, both personal and collective, about our own histories and traumas, and the ways in which we perpetuate political myths of subtle violence.