The Hidden Conservatism in Minimalism

What exactly are we hiding? 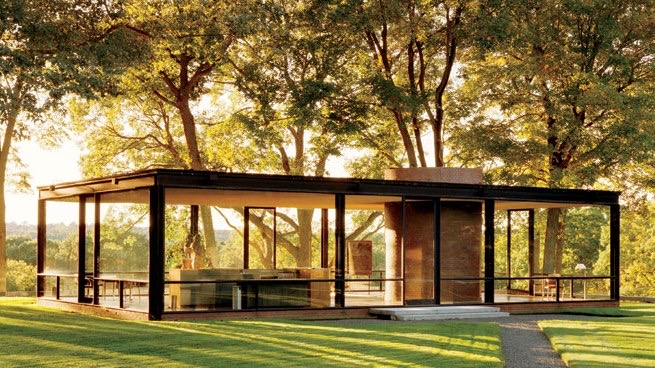 Philip Johnson was a Nazi, that much is clear.

The man who built the iconic minimalist “glass house” and other twentieth century architectural achievements was also a fascist Nazi sympathizer for much of his life. But this fascism wasn’t separated from his work. In many ways, it manifested itself in Johnson’s strict designs. Kyle Chayka writes in The Longing for Less about the glass house:

His sympathy for fascism is apparent in the strictness of the architecture itself. It’s a house built for and by a single person, demonstrating a kind of megalomaniacal possessiveness. The architect has nothing at stake in making a visitor comfortable, only himself.

Twentieth century modernism emerged in the mid century after two devastating world wars. As Chayka puts it, modernism “offered an antiseptic, ahistorical alternative to what came before it—a vision of a safer and cleaner world, with cosmopolitan equality for all who inhabited its architecture.” The de-ornamentation of minimalism, in other words, was its own type of Puritanism. It enabled a type of subtle nostalgia and regressive politics.

By flattening things out, we may be able to achieve some sort of transcendence. But often we are merely hiding away from the immense complexity and entanglements of the world.

Recently, I grappled with some of the flattening that the important theatre director Ivo Van Hove does. The tides have turned against Van Hove a bit. What once went felt startlingly fresh—like a glass of cold water thrown against the face of American theatre—now feels a bit familiar and played out. At his best, Van Hove can offer spectacular and brutal visions of our inner psyches. But at his worst, Van Hove’s largely apolitical work can feel removed and regressive, problematic in similar ways to Johnson’s. 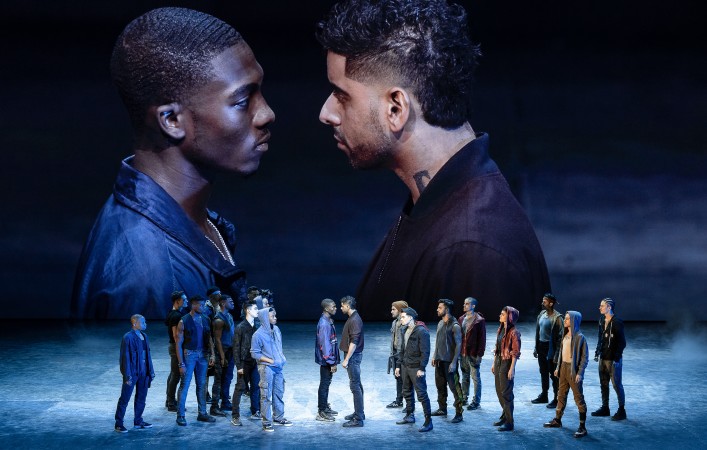 As expected, the reviews for his new West Side Story on Broadway are severely mixed—in the truest meaning of that word. Some were harshly
critical, while others defended or lauded its perceived boldness.

Alexandra Schwartz in The New Yorker wrote one of the most scathing critiques of the production, one that mirrors the problems of minimalism in art. She writes:

The production is an infuriating example of what happens when a powerful style calcifies into shtick—infuriating because so much that is exciting, even revelatory, here is crushed beneath the director’s insistence on a vision that feels narrow and doctrinaire. He wants to make us see an iconic work with new eyes, but all we can see is him.

Van Hove’s minimalism, now pushed to the heights of commercial mainstream in theatre, has become conservative. It’s not anything we haven’t seen before, and it’s not anything Van Hove hasn’t done already. This West Side Story has a shallow grasp of race in America, as well. In an op-Ed for the New York Times, critic Carina del Valle Schorske writes about how this version doesn’t do anything to unpack the show’s deeply problematic representation of Puerto Ricans:

This production also renders the Jets as a multiracial gang, concocting a fantasy world in which bigoted whites form an alliance with African-Americans against Puerto Rican migrants — a bid, in Ms. De Keersmaeker’s words, “for inclusion of the American population today.” But it’s unlikely black New Yorkers would seek (or find) security among white Americans rather than among their Caribbean, Middle Eastern and Central American neighbors. Mr. van Hove’s casting misrepresents the real solidarities that form at the margins of U.S. citizenship — and perhaps more dangerously, shifts our focus away from the enduring problem of white supremacist violence. “Inclusion” here is code for willful colorblindness.

This is a type of something I call “two-dimensional racism”: when we treat diversity and inclusion as a quota to fill, as merely putting actors of color on stage without interrogating any deeper. It’s not anything new—in fact, it’s written into the very fabric of the show’s existence. Said Sondheim before writing: "I’ve never been that poor and I’ve never even met a Puerto Rican.”

That the production is also intertwined in a gross story about one of its actors being a sexual harasser—and that Van Hove and producer Scott Rudin have defended him, despite protestors outside the theatre every night—only speaks further to the politics of this kind of production. One that has the veneer of being radical, that commercially wants to be apolitical, but that is in actuality regressive and conservative.

You might consider signing up for my weekly newsletter, The Curtain. It's about culture, art, media, and the internet. I try to make it feel personal, and hundreds of folks seem to love it. You can also browse through the archives here.